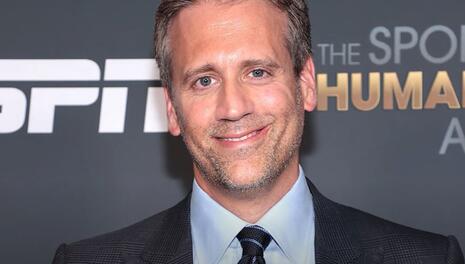 ESPN’s flagship woke talk program, First Take, is reportedly anticipating a major split. Media reports say Max Kellerman will be removed from the program he co-hosts with Stephen A. Smith and re-surface on an ESPN radio program. Kellerman has been a shining example of woke derangement syndrome during his five years on the program.

We can’t let Kellerman sneak away without recognizing some of his most outrageous contributions to the super woke world of ESPN and left-stream media. In no particular order, here are some of the more appalling moments Kellerman has unleashed on the sports world.

Responding to the hiring of three white head coaches by NFL teams, in January 2020: “It's slavery, it's reconstruction, it's Jim Crow – we know what it is.”

Kellerman has been a reliable Trump hater. He once stated, “The fact of the matter is that Donald Trump was endorsed by the Ku Klux Klan. That’s a fact. I’m not making that up. And that there was an appeal to white nationalists. How else can you say these things?” Trump did not endorse the KKK or ask for an endorsement.

Of Trump’s exit, Kellerman tweeted a video of a black man taking out the garbage:

“They seem to be susceptible to very low-quality information, and easy to propagandize and almost immune to facts. … And if they stay in their propaganda silos — like the Fox News propaganda silo — it wouldn’t matter what happened because they’d say the handling of the pandemic has been great. The handling of the pandemic has been the worst in the industrialized democratic world, by far.”

Kellerman also tweeted a reference to riots and arson during the violent summer of 2020 as “mostly peaceful.” And, in reference to the disgusting social unrest, Kellerman insisted: “Colin Kaepernick looks pretty good now, doesn't he?”

Taking the removal of offensive sports team nicknames to a ridiculous low, Kellerman demanded Notre Dame dump its “Fighting Irish” leprechaun: “Many Irish Americans are not offended, but many are. Should that also change? The answer is unequivocally yes. Pernicious, negative stereotypes of marginalized people that offend even some among them should be changed. It’s not that hard.”

This is obviously not an exhaustive list of Kellerman’s bombastic comments on First Take, but his legacy on the show was clearly that of someone with woke derangement syndrome.

Fourth Stimulus Check: Will You See Another Relief Payment Soon?

Fourth Stimulus Check: Will You See Another Relief Payment Soon?